For Heinz Glas, which will celebrate its 400th anniversary in 2022, sustainability is a constant concern shared by the Heinz Family with all its teams.

After introduction of MULTIGEN concept which allows each product to adapt weight of glass, rate of recycled material, type of decoration, etc.), Heinz Glas continues the investments to respond to their sustainable strategy with their first campaign with 50% PCR in 2021.

Heinz Glas promotes also its know-how on the two major trends already installed in the Cosmetics and Perfumery industry : refillable bottles and jars.

This concept has existed for many years on the market like the brand Thierry Mugler, one of the pioneers.

The bottles are equipped with a screw neck to remove the pump so they can be refilled. The bottles used as a refill can be then lightweighted, with a simple design, easy to produce and with less added value. 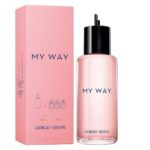 The recent launch of “My Way” by Armani with a refill provided by Heinz Glas (150 ml Luna bottle) illustrates this trend well.

“Faced with the significant demand recorded in recent weeks, the norm could be revised to have a common technical basis with pump suppliers and our customers,” says Heinz Glas.

These workshops, in which Heinz Glas is actively involved, is carried out by CETIE and will lead to a standardization to the benefit of all.

Heinz Glas is currently launching a new line of screw-on bottles “Linden Round ”.

It will be also available in a lighter version as the other trend is going towards lighter weights of glass to reduce the environmental impacts. 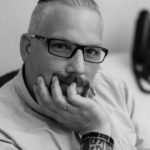 The eco-responsible production already in place at Heinz for years (electric or hybrid oven combined with green energy) now makes it easier to highlight the efficiency of reducing the weight of glass on CO2 emissions. “By producing an extremely light bottle, we record up to – 67% of CO2 emissions” ensures Thomas Eidloth, Global CSE Management.

In this continuity, the glass producer will see the offer of its standard perfume catalog evolve by offering “light” versions of existing references.

While Heinz Glas emphasizes refillable bottles, it has also adopted this concept for its jars.

The customer thus has a complete proposal: a glass jar with its refill cup and its capsule. The jar is produced by Heinz Glas and the other accessories by Heinz Plastics.